Out of all my experiences in New Zealand, one that I still remember quite vividly is the train ride through the fields of the Canterbury Plains and over the spectacular sights of the Southern Alps which includes the Arthurs’ Pass National Park. The train journey starts from Christchurch on the Eastern coast and ends in Greymouth on the Western coast of New Zealand’s South Island. Despite the expensive price ticket, I was intrigued by the idea of getting some sight seeing done in my limited time left in New Zealand while still travelling from one place to another. It served both purposes so despite my reservation of the heavy cost, I decided to still give it a try since I loved train rides. 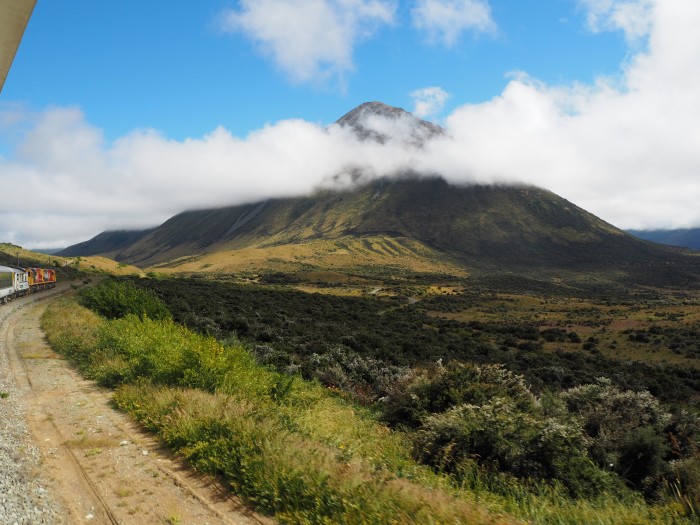 We started off with gentler plains from Christchurch before the train started to wind through higher altitude. There was a running commentary as we passed by significant spots along the way which I thought was very useful to know the background of these tracks. It wasn’t as easy getting through these mountains back then so these tracks had a lot of historical value. 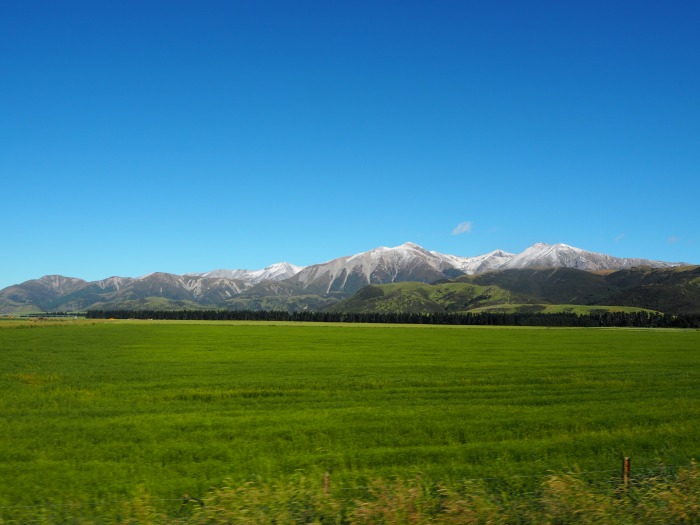 As the snow-capped mountains slowly came into view, I couldn’t help but rush out into the open carriage to fully enjoy the scenic ride, moving from the left side to the right as the train kept meandering its way up through the mountains. I imagine it would be even more breathtaking in the winter but I was visiting during summer so just being able to see snow at the top of the mountains still was quite an event for me since I hardly get a chance to see much sights in Singapore. It was impossible not to stare and wonder at all these beautiful sights although it was harder to get a spot among all the people trying to take photos of everything. I would suggest being patient as one side may seem to have all the beautiful scenery but it all changes at the next track turn. 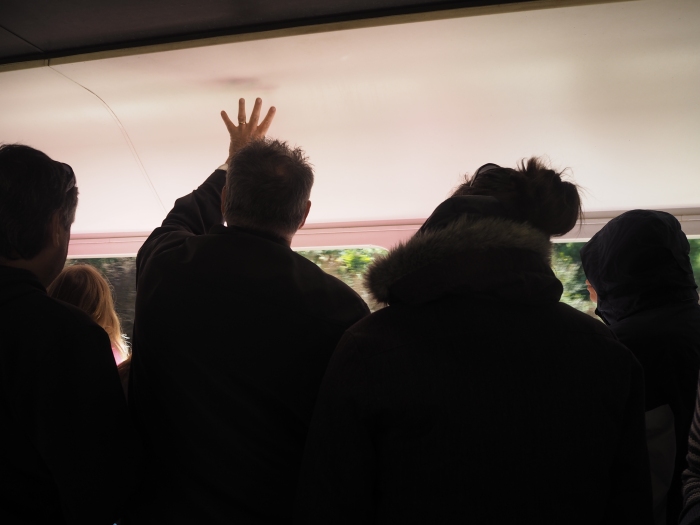 It was beautiful EVERYWHERE.

Snow-capped mountains, being high up in the clouds, clear turquoise water. Everything just seemed so surreal. The struggle to take photos in the open carriage is real though as people crowded around when the train was passing through the mountains. Short people like me were unfortunately disadvantaged although I’ve got to admit I have sometimes managed to squeeze in under the armpits of people tall enough to make space for me. We’ve just got to settle for what we can make do with, right? Eventually the cold forced people away so I did get some empty space to myself eventually.

Is it worth the price though?

I paid about $199NZD for the train ride. That’a a really steep price for a one-way ticket across the island. It made me think twice actually before I convinced myself to give it a try due to my dwindling funds. $200 can easily cover me for another 1-2 weeks in New Zealand.

However, I did think that it was worth paying for once I got to the end of the train ride. If I had more time to explore, I may have chosen to drive so I could occasionally stop to take photos or choose to hike the mountains to enjoy the experience but taking a train was still a good option for me.

I managed to experience the beauty of these mountains in a relatively comfortable and cozy train ride. I could have opted to stay in my carriage the whole way or taken photos inside but the open carriage also allowed me to experience the mountains myself even if it was for just a moment passing by. 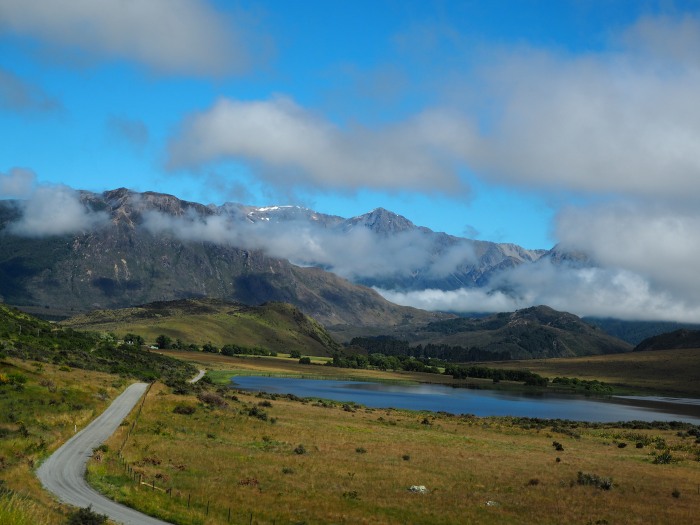 The running commentary made the ride more meaningful, knowing the history and the conditions back when the tracks were first being laid. These were pretty remote areas back then and still are now. Having headphones to myself was a good point as well as I could listen without the distraction of people around me. Since I didn’t have much time to spare, it was also a good alternative for me to get to another place while enjoying the scenery.

For me, being on a train and seeing these mountains are definitely something special that I will remember, even now that I have returned. Others may be used to seeing like these but I’m constantly amazed by all the beautiful mountains that is around New Zealand. After all, there’s no way I will have the same opportunity of seeing such sights in Singapore so I might as well get my fill of it as much as I can.

How about you? Have you taken any train rides like these? Would you be willing to pay as much for such experiences? Or are such mountains common to see in your country? Please do share! 🙂

8 thoughts on “TranzAlpine Train Ride – Is it Worth the Price?”