M is for milk!! Milk tea to be precise. My friends have called me crazy, they’ve called me obsessed. Something that I always, always look out for whenever I travel is milk tea. Is it my sweet tooth? Quite possibly. 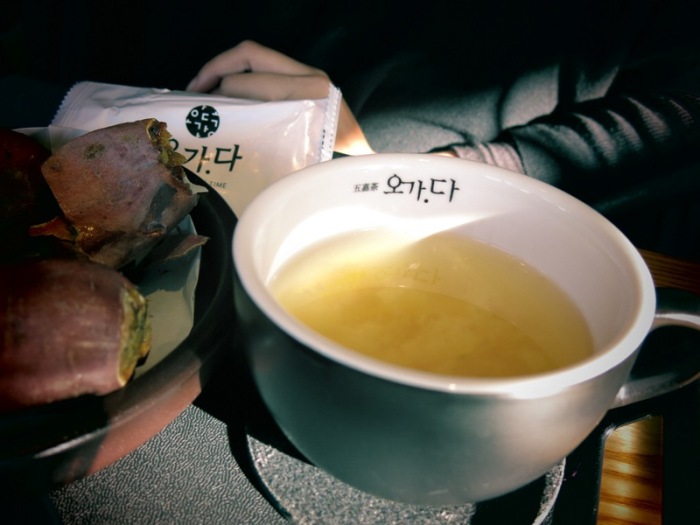 It’s a bit harder to find milk tea in Seoul, mainly because they are mostly coffee drinkers. There are plenty of cafes around selling coffee, all sorts of coffee. There are also tea houses around for the tea drinkers. Milk tea, however, will take some searching. I discovered Gongcha, a bubble tea franchise, in Seoul last year and thought that I am finally ready to pack my bags and live happily there now that milk tea is around. However, it does not taste as good as the ones I’ve had here though. Nevermind, I’m happy enough that there is milk tea.

Sydney stumped me for a while but I bumped into my favourite bubble tea brand, Sharetea, when I was walking to the bus stop in Chinatown and managed to find some tea tarik, which is milk tea, there too. That was the happiest meal of the day for me. I got to drink 2 glasses of milk tea!!

My favourite milk tea in Japan, so many varieties!!

My happiest, happiest place is most definitely Japan. I was like a kid in a candy store with the huge variety of milk tea available. It was like opening the fridge door in 7-Eleven and being able to think which brand to choose. On one trip there, I remember drinking only milk tea for breakfast, lunch and dinner, every day! I even refused to stop drinking milk tea despite nursing a very bad persistent cough when I was there.

However, my craziest time with milk tea was actually ordering milk tea bingsu (shaved ice) in the middle of winter!! The tea shop had an extensive selection of hot tea available but I was insistent that I wanted bingsu instead because it was my only chance at having milk tea. I managed to finish more than half with occasional trips to the washroom. It was cold having bingsu during winter. Crazy? It was milk tea!!

My friends love to point out the irony of all these milk tea though. As much as I’m obsessed over milk tea, I’m actually slightly lactose intolerant. So all these milky goodness, I can’t drink too much of it either, or else… 😉

What other obsessions do you have when you travel? Please do share!! I would like to think that I’m not the only crazy person around with such an obsession. 🙂

34 thoughts on “Obsessed Over Milk Tea when Travelling”