I was supposed to fly to Jakarta on Friday. I woke up realising that I had instead missed my flight. I jumped out of bed and rushed around in a panic, trying to think of my next step to take.

And then I woke up. It was all a dream.

I can still remember the adrenaline running through me when i jerked awake. And the relief that it was all a dream. I think missing flights will always be one of a traveler’s dreaded nightmare.

The dread of missing a flight

I have only missed a flight once and while i was able to arrange for one the next morning, missed flights often mean rearranging your itinerary, managing plans.

So to avoid such an instance, I have rules in place to ensure I don’t repeat the same experience.

1. Mark down the date and time everywhere possible. 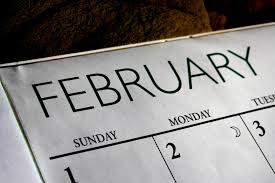 I note it down in my phone, on my calendar and double check the details the night before and even on the day itself. Just in case.

2. Make sure I am at the airport at least 3 hours before for an international flight.

Check whether there is any change to flight details. I had an instance when I only discovered the flight had been delayed after arriving at the airport.

4. Choose a flight with at least 3 hours of layover time if there needs to be one.

I’ve had flights delayed and then I had to make a mad rush to make it for my connecting flight. I ended up being the last ones on the flight when everyone was already sitting and waiting for takeoff. So I usually prefer a 3 hour gap for myself.

5. Go with the flow if things don’t go as planned

Plans get disrupted. Events happen that can result in delayed or cancelled flights. You can never know what will happen, so just think of your happy place and go with the flow.

This was especially true for me during my latest trip. The same nightmare that I had earlier came true! Only instead of missing the flight, I had my flight cancelled. RIGHT AFTER I GOT TO THE AIRPORT TO CHECK-IN. Cancelled flight, delayed replacement flight, being forced to change seats after getting on the plane, let’s just say I was majorly in need of my happy place for that trip.

deep breaths and positive thoughts to make it through the day

Have you ever encountered a time when your flight was disrupted? I would love to hear of your story.

3 thoughts on “When Things don’t Go as Planned”