I always believe that there are always different pre-conceptions of a place before actually visiting. New Zealand, for example, was totally new to me as it was my first time there. I didn’t really know what to expect before I travelled there. I happened to chat online with Courtney one day  (she’s more active on her IG here) about peoples’ preconceived ideas of New Zealand. From there, I got inspired to put out some information that would be useful to know before heading down to New Zealand. After all, there may be people who are not familiar with New Zealand yet so here’s a little brief introduction instead. 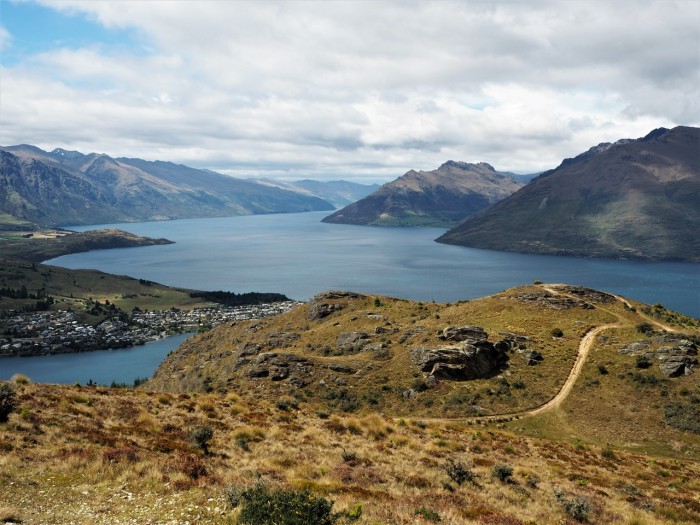 There’s more to New Zealand than just the Lord of the Rings’ fame. While there are various mentions of the filming sites all over New Zealand, nothing beats enjoying the beautiful views of nature in New Zealand, sometimes just steps away from where you are staying. Even if you are not a nature lover, the sights in New Zealand can be a game-changer. It turned me into a mountain lover from a beach lover too.

One of the common questions I always get is about sheep. Are there really more sheep than people in New Zealand? People tend to forget that New Zealand is a big country. As much as some cities can be really populated, most areas outside the city regions are often remote and hard to access. I like to joke with friends that I’ve visited a lot more towns than expected because some towns are literally just one street – the highway!

Coming from Singapore, the scarcity of wifi connectivity was hard to deal with at first. I spent a lot of my money going through data in my first few weeks there before giving up. While I did miss catching up with my online shows and all, it made me appreciate the outdoors even more and forced me to live in the moment rather than stress over catching up with online shows. 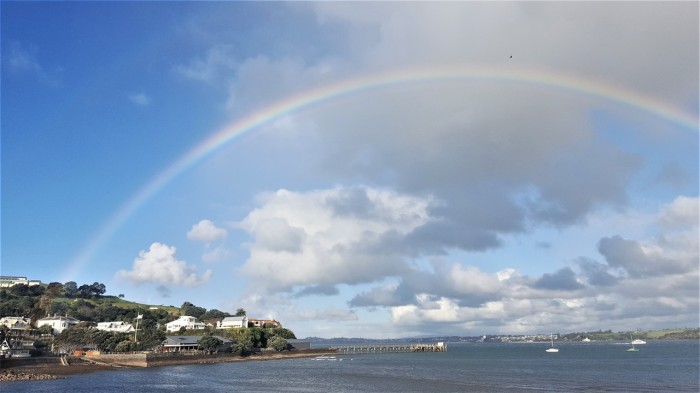 The first rainbow I saw was in Devonport outside Auckland. Look at that full spectrum of colors!

I feel like I’ve mentioned the ever-changing weather in New Zealand so many times already but it is really true of New Zealand. Prepare layers when going around in New Zealand because you really may end up with different weather at different times of the day. Umbrellas are hardly used as well so having a rain jacket would be more useful to have. One positive to the many weather changes is that I’ve seen more rainbows in New Zealand than anywhere else! Something to look forward to whenever you run into bad weather. 🙂

Maori culture is very strong in different parts of New Zealand. Rotorua, for example, has a lot of Maori influences and communities due to its geographical location on the North Island. This is because they tend to settle more on the North Island than the South Island due to warmer weather up North. The Maoris may look very fierce due to their tattoos but they can also be some of the friendliest and warmest people around so don’t hesitate to take an opportunity to learn about their culture whenever possible.

New Zealand is a land full of seismic activity so an earthquake is a common occurrence. Until I was involved in an earthquake myself, I never really thought about the possibility of an earthquake happening around me. So it’s best to prepare yourself by ensuring you have travel insurance and by registering with your foreign office, in the event that there is an earthquake around you.

My only glimpse of the birds was in a kiwi sanctuary in Whangarei. We had to be really quiet in a room with a viewing glass that was pitch black to simulate night so that the birds would be willing to come out.

Kiwi birds are native to New Zealand but sightings are very rare during the day. If you intend to catch a glimpse of their national icon in the wild, you may not be in much luck. They are notoriously shy birds and are nocturnal so you might be lucky if you are able to spot at in the dark instead! Alternatively, you can choose to visit a conservation centre to catch a glimpse of the bird instead.

Their local lingo may take some getting used to. I’ve had no problem understanding their accents except for one or two occasions. Try to learn a few of their local lingo ahead of time to surprise the locals. Use bathroom instead of toilet, jandals instead of slippers, dairy instead of convenience shops. Surprise the locals by using “sweet as” when you end the conversation or using “cool!”. It took me a while to get out of the habit of this. So if they tell you, the bathroom is around the corner – you say “cool!” If they tell you, the food is not available, you say, sure, “cool!” Get it? 🙂

Another unique feature in New Zealand is the presence of hot springs. Due to the seismic activity all around, hot springs are a natural advantage to have. The locals have hot springs set up where you can go around different pools with different temperature to enjoy, some even has mud for you to slather on yourself during your soak. The only thing is that they call these hot springs, spa pools. So just remember that when they mention a spa pool, it doesn’t mean a spa with massage facilities, it means a hot spring instead. 🙂

Hanging out at the spa pools outside Rotorua. This pool was steaming hot but I stayed in here for more than an hour because my friends made it really fun to soak in. Unfortunately, I got an allergic reaction from the sulphur in the water, I guess I soaked for too long in this pool.

Tips are not required when in New Zealand but are certainly welcomed. There’s additional service fee on national holidays so do look out for it. They don’t really bring the bill to you either, you will need to go up front to pay for the food if you are in a restaurant. If you are in a cafe or pub, you generally order and pay for everything before sitting down at a table. I once walked away from the restaurant without paying because I was not used to paying for the bill at the front. Guess who had to walk all the way back feeling really silly and apologetic for forgetting to pay? 🙂

As a bonus, driving in New Zealand can be a treat but it’s always best to be wary if you are not familiar with the roads there. Check out my guide on driving on New Zealand roads here for more insights.

Well, there you have it! A whole list of information to get you going for your trip to New Zealand. I hope this has been useful in managing some of your expectations when visiting New Zealand. I always find it interesting that the culture and practices may seem the same yet different. And if you think of comparing Australia with New Zealand, think again! I wouldn’t want to compare these two as they are both totally different in many ways.

Kuirau Park in Rotorua was dotted with plenty of boiling mud pools, you have to watch where you step!

Are you surprised by any of these information? Have you ever been surprised by the realities of your expectations when you visited overseas? I would love to hear your experiences as well. 🙂